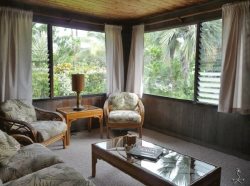 Travel back into Kauai’s rich history as you step onto the Hanalei Pier, an iconic landmark on Kauai’s North Shore, surrounded by inviting crystal clear blue waters, majestic misty mountains, rushing waterfalls and unsurpassed views. The Hanalei Pier became the gathering place for locals in 1933 when it was abandoned for shipping and has remained a local favorite ever since. A place of fun and laughter, a special piece of Kauai culture surrounded by the magic of Hanalei Bay, where timeless beauty meets history. Today, it remains a place of unity, fisherman cast their lines, tourists soak up the views, kids cannonball into the waters below and surfers ride the perfect waves. Food vendors gather in the parking lot while locals and tourists gather under the large covered deck for music events made perfect by the sky above, lit with floods of color as the sun bids farewell.

A Pier Sparked by the Rice Era

The construction of the Hanalei Pier was sparked by the rice industry in 1892. A necessity for the export of rice, the pier was constructed from wood near the mouth of the Hanalei River. By the early 1900’s Hanalei was one of Hawaii’s major rice growing areas. Iron railroad tracks and a freight storage warehouse were added to the pier to meet the needs of a fast-growing industry. The boom continued and by 1912 the pier needed to be lengthened and reinforced with concrete, however, the wooden deck deteriorated in the tropical climate. 1921 saw the construction of a new and longer concrete deck, along with a corral added in 1927 for the shipping of cattle and, later in the 1940s, a shed room at the end of the pier.

Sadly, in 1992, the pier was heavily damaged by Hurricane Iniki and major work was needed, then after more years of neglect further restoration on the canopy was completed in 2013. Today the pier is listed on both the Hawaii and National Register of Historic Places and if you look closely at the base of the pier you will see the remnants of the original tracks still standing today.

By 1957, the pier was a solid part of Hanalei Bay history, a feature back dropped by perfection, begging to be recognized and finally finding its fame in the classic film, South Pacific. Hanalei Bay was now a preferred setting for enchantment and romance, placing it on the map as a premier film location. The spectacular pyramid-shaped Mt. Makana (meaning gift from heaven) also found fame in South Pacific as Bali Hai, a name which still stands today.

The Hanalei Pier today stands proud, a landmark, a favorite recreation spot for locals and tourists and the place to be for the perfect sunset over Bali Hali.
“Bali Hai, Bali Hai, Bali Hai! If you try, you’ll find me, where the sky meets the sea. Here am I your special island. Come to me, Come to me. “
(from the South Pacific song Bali Hali)

Jump to a Rental